Military and First Responders admitted free to the tournament in 2021

The Sanderson Farms Championship is excited to announce that Tournament Partner Trustmark has recommitted to be a presenting sponsor of The Outpost during the 2021 tournament.

Sanderson Farms Championship, in it’s 54th year, is scheduled for September 27-October 3, 2021 at The Country Club of Jackson. 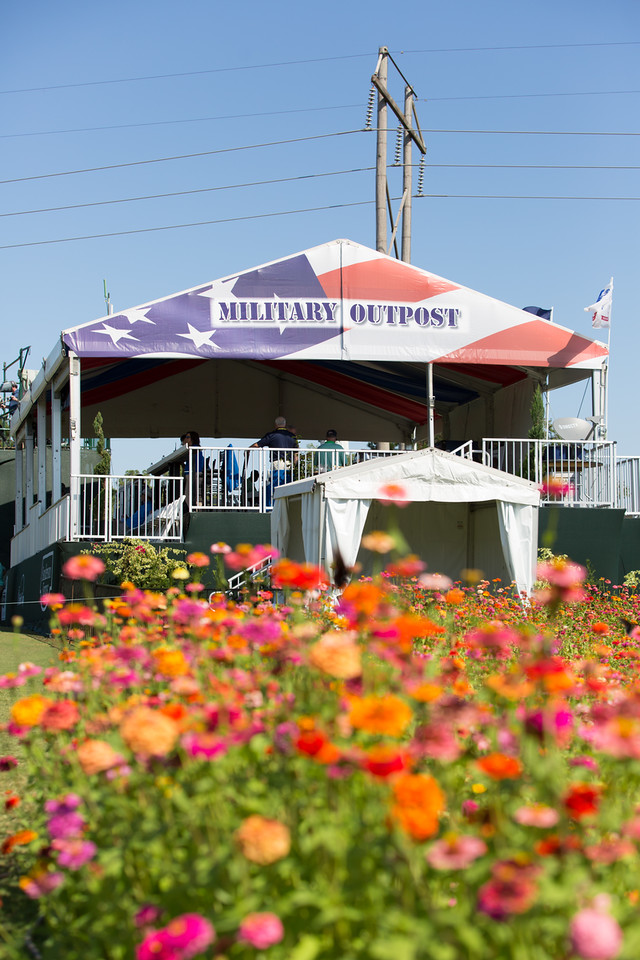 The Outpost is an open-air hospitality pavilion on the 10th Green where various military and first responder units from Mississippi gather annually to relax and enjoy the tournament. Guest military include active-duty, reserve, and retired service members, as well as veterans. First Responders include Fire, Police, Emergency Personnel, and 911 Dispatchers.

“We are honored to offer our military guests and first responders a special, complimentary location to congregate during the tournament,” said Melanie Morgan, Trustmark Senior Vice President and Director of Corporate Communications & Marketing. “Trustmark’s sponsorship of The Outpost is a way for us to express our deep appreciation to our veterans, as well as active-duty, reserve, and retired military service members and first responders for their commitment, courage, and bravery to keeping America free and safe.”

“We are excited to host our vital military and first responders at The Outpost,” said Steve Jent, executive director of the Sanderson Farms Championship. “It’s really important for us to be able to show our appreciation to these heroes for what they do for the nation and our communities.”

For the eighth year, Trustmark will also serve as a presenting sponsor of the Tournament’s Sponsor Party held during tournament week.

Sergio Garcia coming back to defend his title at 2021 Sanderson Farms Champ...