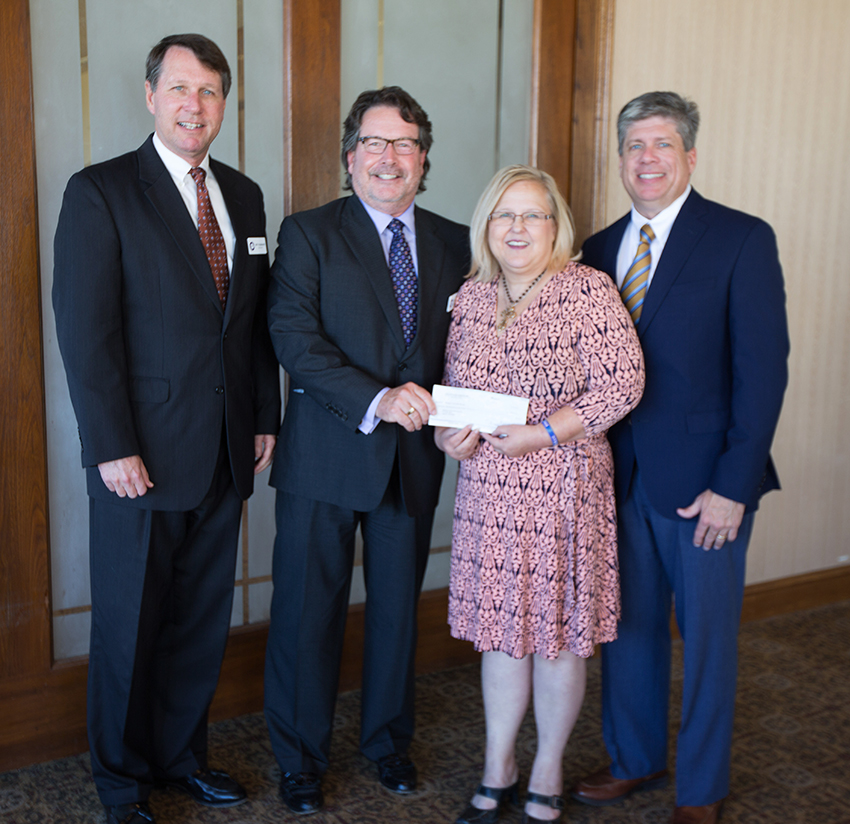 Century Club Charities, the host organization for the Sanderson Farms Championship, presented a $26,861 donation to Stewpot Community Services. Collected at the tournament’s annual Sunday worship service, this marks the third consecutive year for the donation to Stewpot.

“Century Club Charities is delighted to once again contribute to Stewpot Community Services,” said Marks. “Our members believe by giving to such a valuable community organization this donation will help Jackson’s seniors, individuals, and families who are unable to make ends meet, especially during the holiday season.”

Jent agreed, “As host of the Sanderson Farms Championship, Mississippi’s only PGA TOUR event, Century Club Charities is humbled to be able to make a difference in the community through this gift to Stewpot.”

Brooks expressed gratitude for the donation saying; “Stewpot appreciates the Century Club for selecting us as their 2016 honoree, recognizing the valuable work our 16 ministries do for children, teens, men and women, and the elderly. We can promise this will be put to very good use to help our clients at Stewpot.”

About The Sanderson Farms Championship
The Sanderson Farms Championship is an annual stop on the PGA TOUR hosted by Century Club Charities, a non-profit, 501(c)(3) organization whose mission is to promote the game of golf for the benefit of charity. The tournament’s primary beneficiary is Friends of Children’s Hospital. The tournament has been part of the PGA TOUR schedule since 1968 and is now in its sixth year as a part of the FedExCup. Sanderson Farms (NASDAQ:SAFM), the nation’s third largest poultry producer based in Laurel, Miss., is the title sponsor.