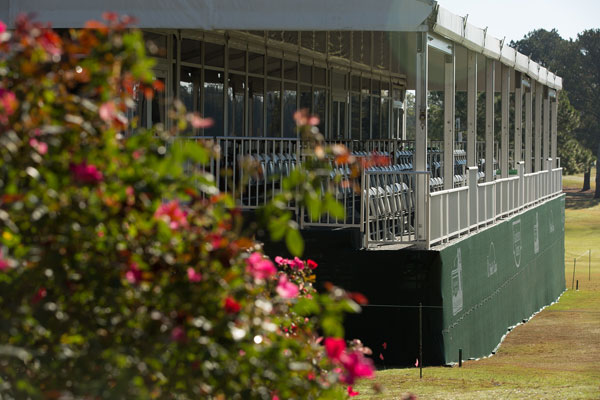 JACKSON, Miss. (July 15, 2019) – Tournament officials at the Sanderson Farms Championship are excited to announce that all of the 18th green Hospitality Venues are sold out for 2019. This includes private corporate chalets, the semi-private Champions Club, and the shared Skybox.

The tournament chalets are a prime venue for corporate entertainment to watch the world’s best professional golfers. Whether it’s with friends, family or business associates, this environment is unique in professional sports – perfectly located on the final hole at the Sanderson Farms Championship.

“Having all of our 18th green hospitality venues sold out with two months to go is a great indication that the community is excited about our new stand-alone date,” said Steve Jent, executive director of the tournament. “We still have entertainment opportunities in our Trophy Club and BankPlus Fan Pavilion, and there’s a limited number of pro-am teams still available.”

The 52nd Sanderson Farms Championship is scheduled for September 16-22 at The Country Club of Jackson.

The Sanderson Farms Championship is an annual stop on the PGA TOUR hosted by Century Club Charities, a non-profit, 501(c)(3) organization whose mission is to promote the game of golf for the benefit of charity. The tournament’s primary beneficiary is Friends of Children’s Hospital, a non-profit organization created to support Batson Children’s Hospital, part of Children’s of Mississippi. The tournament has been part of the PGA TOUR schedule since 1968 and is now in its ninth year as a part of the FedExCup. Sanderson Farms (NASDAQ:SAFM), the nation’s third largest poultry producer based in Laurel, Miss., is the title sponsor.