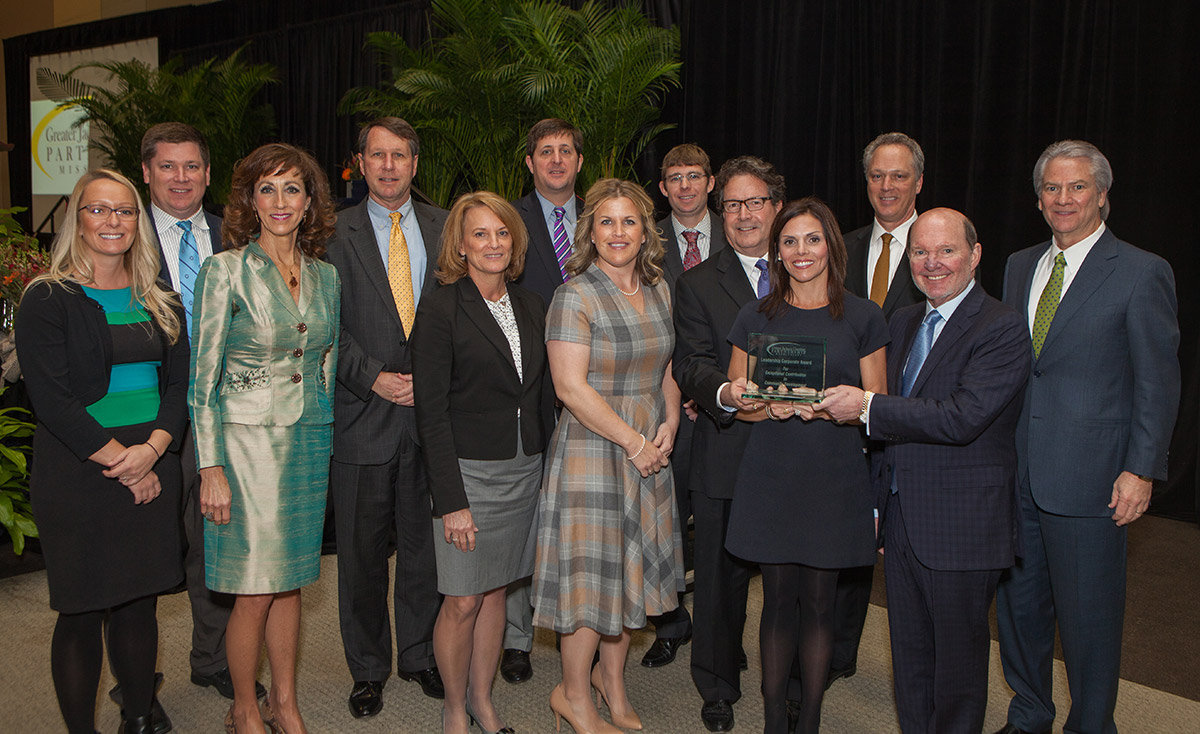 The 2015 Sanderson Farms Championship raised a record $1,109,300 to benefit Friends of Children’s Hospital, the private fundraising organization dedicated to supporting Children’s of Mississippi.

“On behalf of the 270 members of Century Club Charities, the host organization of the Sanderson Farms Championship, we truly appreciate the tournament’s recognition as Business of the Year by the Greater Jackson Chamber Partnership,” said Marks. “This acknowledgment reflects the hard work of the tournament staff and volunteers, as well as the support from our corporate sponsors, especially our title sponsor, Sanderson Farms—all who have committed to helping young patients at Children’s of Mississippi.”

Sanderson Farms Championship Executive Director Steve Jent expressed his gratitude saying, “We are extremely honored to be recognized by the Greater Jackson Chamber Partnership with this award. The Sanderson Farms Championship has proven itself in this community and will continue to do so with Joe and his team at Sanderson Farms’ generous commitment to extend their title sponsorship through 2026. This will secure our brand while increasing the charitable and economic impact for Mississippi and our children.”

“We appreciate the Greater Jackson Chamber Partnership selecting the Championship as Business of the Year,” said Sanderson. “One of the primary reasons we agreed to become the title sponsor of this event three years ago, in addition to its charitable aspects, is because the significant benefits to the Jackson metropolitan area and our state were in danger of being lost. Indeed, since coming on board as the title sponsor in 2013, we have witnessed first-hand how this event has not only provided significant opportunities for Friends of Children’s Hospital, but also had a major economic impact on Mississippi and its capitol city. Our hope is that our 10-year extension will reaffirm our commitment to the community and encourage other businesses to join us in reinvesting in Jackson and our great state. Congratulations to Steve Jent and his talented staff for earning this recognition.”

About The Sanderson Farms Championship
The Sanderson Farms Championship is an annual stop on the PGA TOUR hosted by Century Club Charities, a non-profit, 501(c)(3) organization whose mission is to promote the game of golf for the benefit of charity. The tournament’s primary beneficiary is Friends of Children’s Hospital. The tournament has been part of the PGA TOUR schedule since 1968 and is now in its fifth year as a part of the FedEx Cup. Sanderson Farms (NASDAQ:SAFM), the nation’s third largest poultry producer, based in Laurel, Miss, sponsors the Championship.

About Sanderson Farms
Sanderson Farms, Inc. is engaged in the production, processing, marketing and distribution of fresh and frozen chicken and other prepared food items. Its shares trade on the NASDAQ Global Select Market under the symbol SAFM.