Sam Burns clinched his second PGA TOUR win of 2021 — and of his career — after holding off Nick Watney late in the game at the Sanderson Farms Championship. The 25-year-old Louisiana native and LSU graduate played an incredible back nine on Sunday, ending in a one-shot victory over Watney, who closed with a 65 and his best finish in more than three years.

Burns closed out the week at 5-under 67 at The Country Club of Jackson, where the Championship has been hosted for eight consecutive years. Burns claimed a $1.26 million prize from a $7 million purse and 500 FedExCup points, tying him with Max Homa for first place in the 2022 FedExCup. 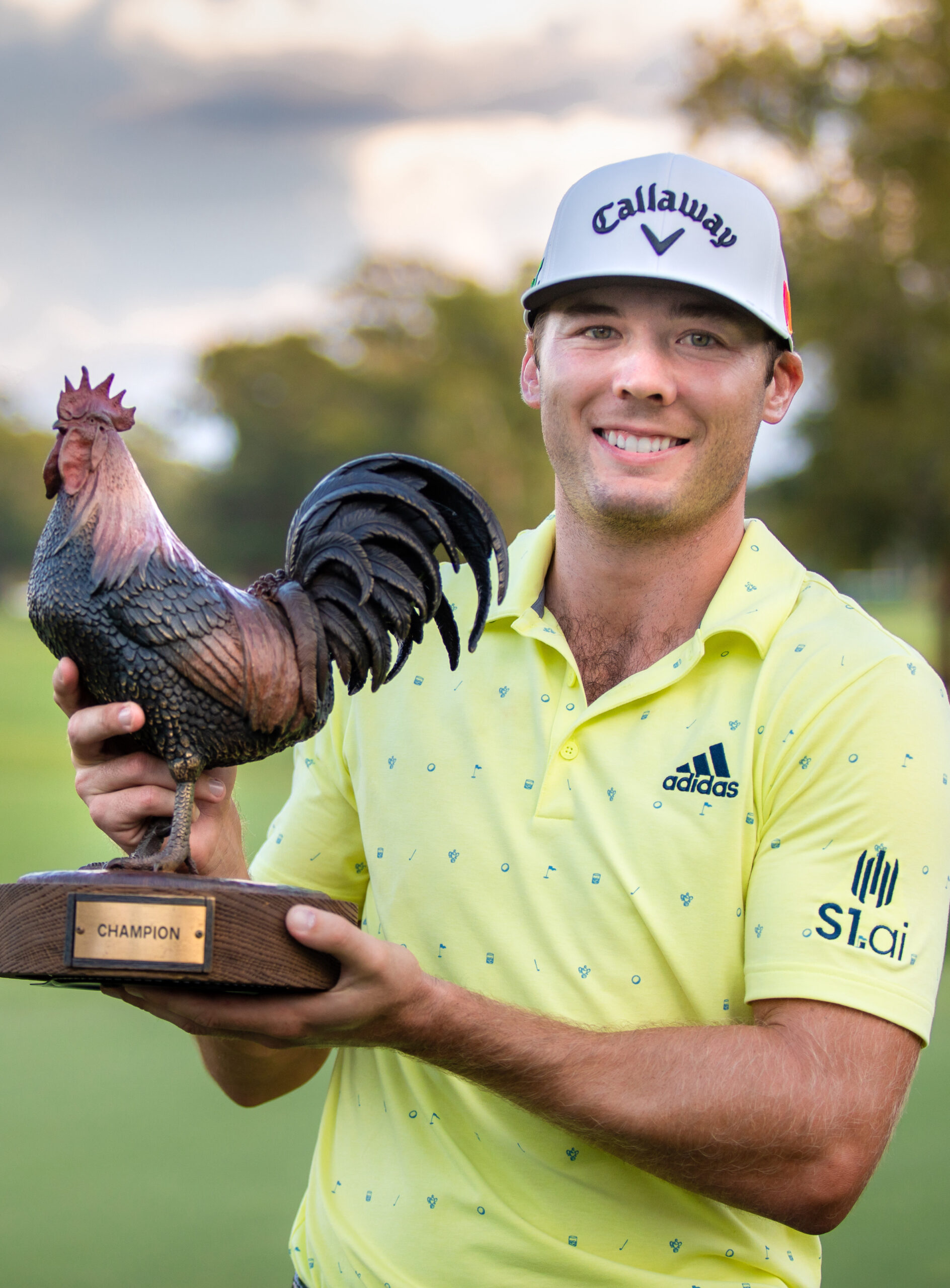 Burns’ first TOUR win was at the Valspar Championship at Innisbrook in May. Now with his second win of the year — in his first start of the new season — Burns is projected to move to #18 in the world.

He ended a trend in which six of the last seven winners of the Sanderson Farms Championship captured their first PGA TOUR title. Six players in contention at the start of the final round had recently earned their PGA TOUR cards through the Korn Ferry TOUR.

“We are thrilled to have Sam as an ambassador for the Sanderson Farms Championship,” said executive director Steve Jent. “Sam made his professional debut at our tournament with a sponsor’s exemption here in 2017, now he has come full circle with an exciting win today. This has been a stellar week, and we look forward to doing this again in 2022!”

“This is definitely a full circle moment,” said Burns. “This is one of my favorite events on TOUR. I always enjoy coming here and being close to home, and for Steve (Jent) to give me that opportunity as a kid coming out of college, it meant a lot to me. God willing I’ll be able to play here for the next 20 years, and it will always have a special place in my heart.”

The main benefactor of the Sanderson Farms Championship is Children’s of Mississippi, the state’s only children’s hospital. The tournament also donates a portion of the proceeds to 62 additional Mississippi charities.

The total amount raised by the 2021 tournament will be announced later this year. The 2022 Sanderson Farms Championship will fall on the same week next year, September 26 -October 2, 2022.