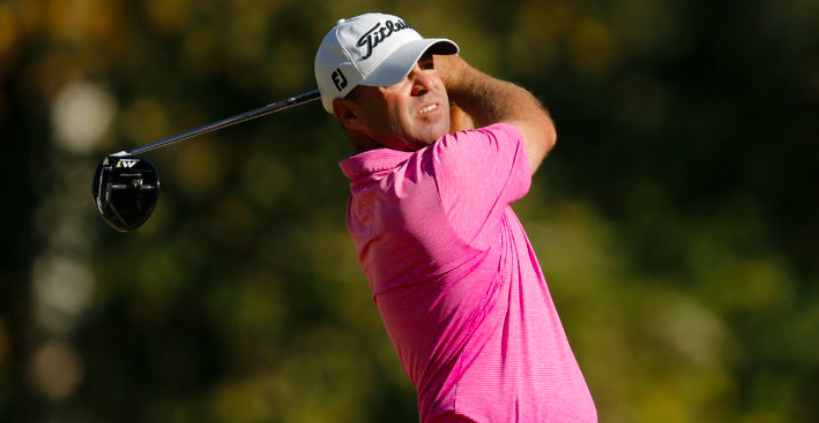 JACKSON, Miss. (October 29, 2017) — Ryan Armour stuck to his process all week and played steady golf in the final round to win the 2017 Sanderson Farms Championship for his first PGA TOUR victory in his 105th career start. Armour, who has been on the PGA TOUR since 2007 and the Web.com TOUR since 2004, closed with a 4-under 68 for a five stroke victory, securing his win at 19-under 269. Armour joins ten other players who have made the Sanderson Farms Championship their first TOUR win.

“This tournament was brought to you on behalf of the 250 members of Century Club Charities,” said Jeff Hubbard, Century Club Charities president. “The Championship could not run without a very special group of sponsors, and it starts with the absolute best sponsor anyone could ever have, Sanderson Farms led by Joe Sanderson and his amazing team.”

“We are very pleased, as we had a very beautiful week in Mississippi, and the course was spectacular,” said Joe F. Sanderson, Jr., Chief Executive Officer and Chairman of the Board of Sanderson Farms. “Sales for the tournament were up over a year ago, both Pro Ams were sold out early, and interest in the tournament has increased every year, translating into more contributions to charity. The weather was good although we had some windy, cool moments yesterday, but the rest of the week was exactly what we were looking for when we moved the tournament from July to October. The course was dry and fast, and the greens were excellent. We are thrilled that we have another first time winner as our champion. Ryan Armour put on a wonderful display of golf this week.”

“This was an unbelievable experience. I would love to thank the people of Jackson for hosting us, 50 years to do anything is a long time, and we appreciate you for letting us come to your town and take over your golf course. It’s a truly special place,” said Armour.

“There’s lots of emotions running through my head,” Armour continued. “Part of me wants to fly home immediately and see my wife and kids, and part of me wants to stay here and hang out with the boys. It’s great, it’s job security for a few years, and it’s a validation to win with a lot of fairways, a lot of greens, and a lot of putts.”

The Sanderson Farms Championship is the fifth of 45 events in the 2017-18 PGA TOUR season. The main benefactor is Friends of Children’s Hospital and the children who are treated at Batson Children’s Hospital, part of Children’s of Mississippi. The tournament also donates a portion of the proceeds to 60+ additional charities arounds the state. The total amount raised by the tournament will be announced in early 2018.

The Sanderson Farms Championship is an annual stop on the PGA TOUR hosted by Century Club Charities, a non-profit, 501©(3) organization whose mission is to promote the game of golf for the benefit of charity. The tournament’s primary beneficiary is Friends of Children’s Hospital. The tournament has been part of the PGA TOUR schedule since 1968 and is now in its seventh year as a part of the FedExCup. Sanderson Farms (NASDAQ:SAFM), the nation’s third largest poultry producer based in Laurel, Miss., is the title sponsor.