Tournament officials at the Sanderson Farms Championship announced the 2021 Women’s Day will be a day of encouragement and hope with keynote speakers Katherine and Jay Wolf. The Wolfs will share their inspirational story of Katherine’s survival and recovery from a catastrophic brainstem stroke shortly after the birth of their first son.

The Women’s Day luncheon, now in its eighth year, will be held at The Country Club of Jackson on Tuesday, September 28. International Paper returns as presenting sponsor for the popular event. 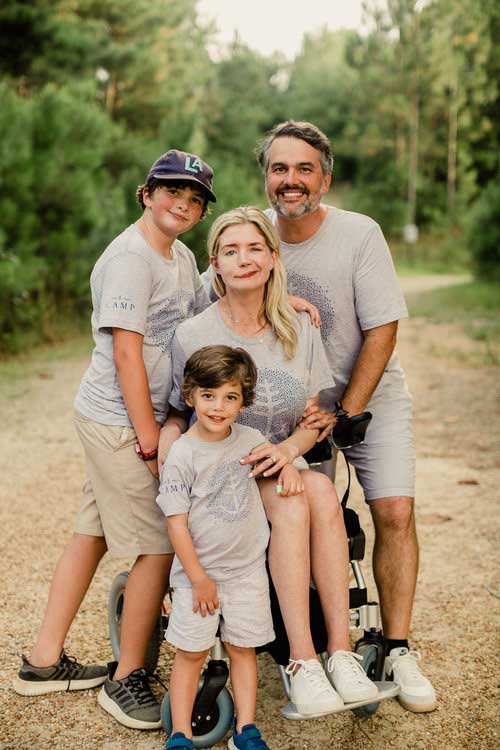 “We want to thank International Paper for once again serving as the luncheon’s presenting sponsor,” said Steve Jent, the tournament’s executive director. “Their ongoing support has allowed us to continue to raise the bar on what I believe is the best Women’s Day event on the PGA TOUR. It’s exciting to have our events back on track after having them postponed last year.”

“At International Paper, persity and inclusion is about recognizing and appreciating the value of each unique inpidual and leveraging those differences to increase engagement. The Women in IP Mentoring Board is one way that International Paper brings together women to promote awareness, support development and encourage collaboration,” said Mandi Gilliland, Strategic Pricing and Customer Relationship Manager and Women in IP Mentoring Board Leader. “International Paper is proud to return as presenting sponsor of the Sanderson Farms Championship Women’s Day luncheon.”

Katherine and Jay Wolf are communicators and advocates. After moving to Los Angeles in their early 20s to pursue promising careers in law and entertainment, their life together seemed idyllic. Their son, James, was born in 2007, and six months later Katherine’s life nearly ended with a catastrophic stroke. Their tragedy resulted in Katherine spending 40 days on life support and two years in full-time brain recovery. The result was a severely disabled body including the removal of 60 percent of her cerebellum. Katherine’s survival and recovery have been nothing short of miraculous, and their story of her recovery continues to this day, including the birth of their miracle baby, John, in 2015.

Katherine and Jay have shared their journey of steadfast hope through their two books, Hope Heals: A True Story of Overwhelming Loss and an Overcoming Love (2016) and Suffer Strong (February 2020), and at speaking events both live and online before millions. Together, they founded Hope Heals camp, a community for families with disabilities like them. Katherine, Jay, and their two sons live in the Atlanta area. To learn more, visit hopeheals.com or @hopeheals.

Through their ministry, Katherine and Jay aspire to encourage people everywhere who are suffering broken bodies, broken brains, and broken hearts, seeking to bridge the gap between those disabled, both externally and internally, with hope of healing for the overwhelming pains we all carry inside.

For more information regarding table purchases, please call the Championship office at 601.898.4653 or email Erin Kiker at erin@sandersonfarmschampionship.com.