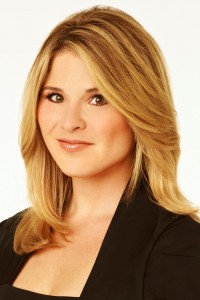 The Sanderson Farms Championship is pleased to announce it will host its second annual Women’s Day event featuring Jenna Bush Hager and sponsored by International Paper. Women’s Day will be held on Tuesday, November 3, 2015, at The Country Club of Jackson.

The event will allow Mississippi’s women business professionals and state leaders a chance to network and discuss topics important to them during a luncheon at which Hager will be the keynote speaker. Following lunch, attendees are encouraged to take an “Inside the Ropes” tour of the golf course, as well as Golf Channel’s on-site studio.

“At International Paper, women represent an essential component of our business groups, facilities and communities,” said Deano C. Orr, executive director of the International Paper Foundation. “We thank our female employees for their insight, unique perspective and contributions. International Paper congratulates featured guest, Jenna Bush Hager, and is proud to serve as event sponsor of the Women’s Day Luncheon at the 2015 Sanderson Farms Championship.”

Steve Jent, executive director of the Sanderson Farms Championship, said, “Women’s Day provides a unique opportunity for women to network with successful leaders and expose them to the game of golf and the PGA TOUR. We are also excited to have International Paper as the sponsor for our second annual event.”

Last year’s Women’s Day Brunch was so popular among guests that tickets for this year’s event have already sold out.

Hager is a contributing correspondent on NBC’s Today Show and an editor-at-large for Southern Living magazine. She is also the author of The New York Times best seller Ana’s Story: A Journey of Hope, which she wrote after traveling to Latin America in 2006 as an intern with UNICEF. She is also the daughter of former U.S. President George W. Bush and First Lady Laura Bush. In 2008, she married Henry Hager. On April 13, 2013, she gave birth to daughter Margaret Laura “Mila,” and recently announced the birth of her second daughter, Poppy Louise, on August 13, 2015.

The 2015 Sanderson Farms Championship will be held from November 2 – 8, at The Country Club of Jackson in Jackson, Miss. For more information regarding tickets, please call the Championship office at (601) 898-4653 or visit www.sandersonfarmschampionahip.com.

About International Paper:
International Paper is a global leader in the packaging and paper industry and supplies a wide range of products that people rely on every day. The company produces uncoated papers and industrial and consumer packaging. Through xpedx, its North American distribution business, the company also offers printing, packaging, graphic arts, and maintenance and industrial products.

About The Sanderson Farms Championship:
The Sanderson Farms Championship is an annual stop on the PGA TOUR hosted by Century Club Charities, a non-profit, 501(c)(3) organization whose mission is to promote the game of golf for the benefit of charity. Friends of Children’s Hospital is the tournament’s primary beneficiary. The tournament has been part of the PGA TOUR schedule since 1968 and is now in its fourth year as a part of the FedExCup. The Championship is sponsored by Sanderson Farms (NASDAQ:SAFM), the nation’s third largest poultry producer, based in Laurel, Miss.