Tournament officials at the Sanderson Farms Championship are excited to announce the 2018 Women’s Day keynote speaker will be, for the first time, a couple. Erin and Ben Napier, stars of HGTV’s Home Town and residents of Laurel, Mississippi will headline the fifth annual Women’s Day luncheon at The Country Club of Jackson on Tuesday, October 23. International Paper returns as presenting sponsor for the popular event.

“We are happy to announce that International Paper is returning as presenting sponsor for our fifth Women’s Day,” said Steve Jent, the tournament’s executive director. “We are truly grateful for their generous support, as we are able to create an outstanding experience for our attendees.”

“At International Paper, women represent an essential component of our business groups, facilities, and communities,” said Quinn Thompson, Director, Diversity and Talent Acquisition. “We thank our female employees for their insight, unique perspective, and contributions. International Paper is proud to return as Presenting Sponsor of the Sanderson Farms Championship Women’s Day Luncheon.”

Season 2 of Home Town currently airs on Mondays at 8pm on Home and Garden Television. The Napiers are famous for their restoration of homes in small town Mississippi. After the couple renovated their own 1925 Craftsman-style cottage in Laurel’s historic district, they now use that experience to revitalize and preserve the quaint, historic town about which they are very passionate. The premiere of Home Town was the second highest rated series premiere in HGTV history. In February, the network officially confirmed Season 3 for the series.

Erin Napier, an artist who started her career in corporate graphic design and her husband Ben, an experienced woodworker with a degree in history, together embrace this passion of renovating historic homes. In Home Town, families purchase historic homes and benefit from Erin’s visionary sketches combined with Ben’s custom woodwork showcasing local reclaimed materials.

Ben serves in a local organization that strives to improve and grow historic downtown Laurel. Meanwhile, Erin uses her graphic design skills to brand and market the city’s inspiring rebirth. When they aren’t renovating homes for new residents, they and four of their best friends sell heirloom wares and durable goods at their general store, Laurel Mercantile Co. The Napiers welcomed a baby girl, Helen, in January.

For more information regarding table purchases, please call the Championship office at (601)898-4653 or email Erin Johnson at erin@sandersonfarmschampionship.com. 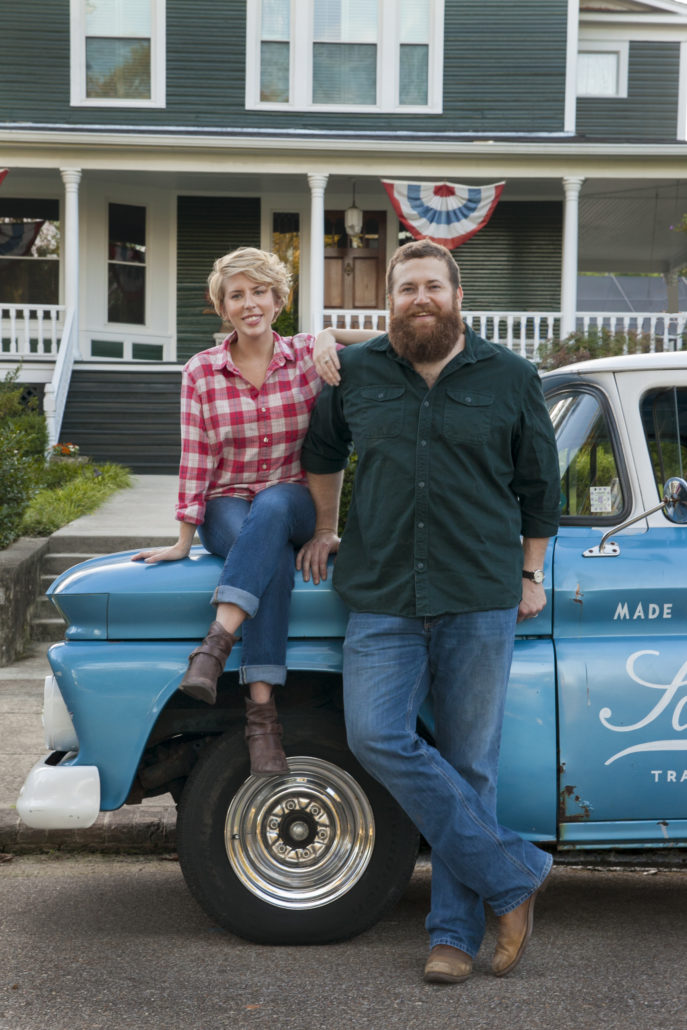 About International Paper
International Paper is a global leader in the packaging and paper industry and supplies a wide range of products that people rely on every day. The company produces uncoated papers and industrial and consumer packaging. Through xpedx, its North American distribution business, the company also offers printing, packaging, graphic arts, and maintenance and industrial products.

About The Sanderson Farms Championship
The Sanderson Farms Championship is an annual stop on the PGA TOUR hosted by Century Club Charities, a non-profit, 501(c)(3) organization whose mission is to promote the game of golf for the benefit of charity. The tournament’s primary beneficiary is Friends of Children’s Hospital. The tournament has been part of the PGA TOUR schedule since 1968 and is now in its eighth year as a part of the FedExCup. Sanderson Farms (NASDAQ:SAFM), the nation’s third largest poultry producer based in Laurel, Miss., is the title sponsor.

About Sanderson Farms
Sanderson Farms, Inc., founded in 1947, is engaged in the production, processing, marketing and distribution of fresh and frozen chicken and other prepared food items. Employing more than 14,000 employees in operations spanning five states and 13 different cities, Sanderson Farms is the third largest poultry producer in the United States. As a company, Sanderson Farms is committed to adopting a fresh approach in everything they do, not only where products are concerned, but company-wide as well. Though the company has grown in size, it still adheres to the same hometown values of honesty, integrity, and innovation that was established when the Sanderson family founded the company in 1947.