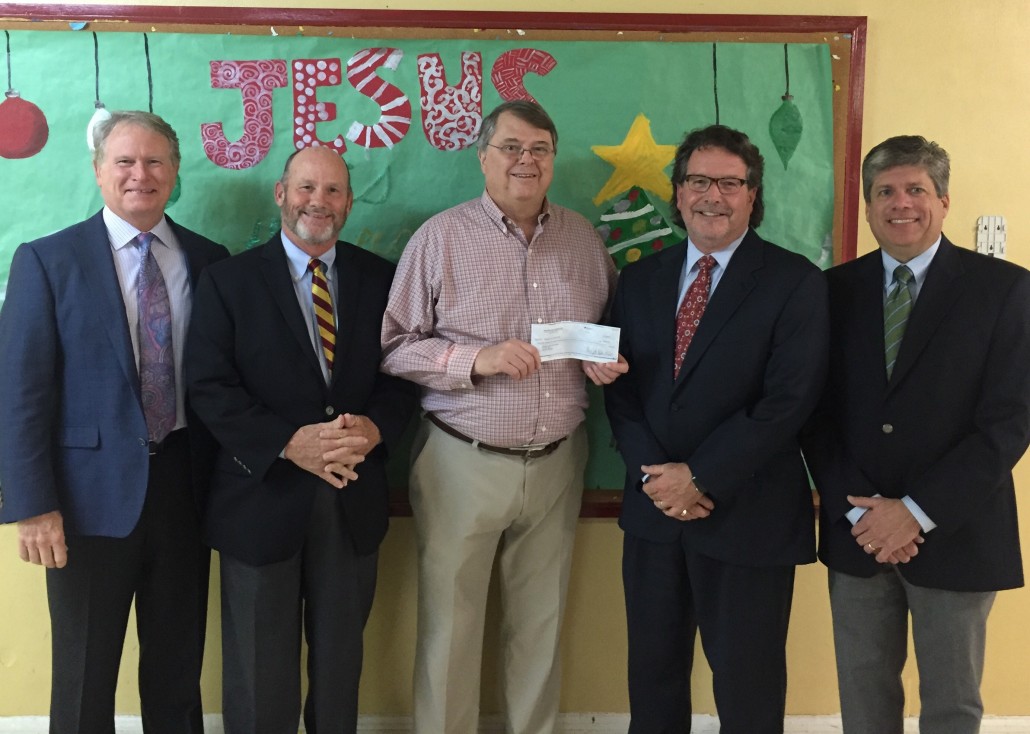 Century Club Charities, host organization for the Sanderson Farms Championship, presented a $27,000 donation to Stewpot Community Services today. The donation was collected at the annual Sunday morning worship service held during the tournament. This is the second consecutive year that a donation has been collected for Stewpot. Peter Marks, Century Club Charities President, and Steve Jent, Executive Director of the Sanderson Farms Championship, presented the check to Frank Spencer, Executive Director of Stewpot Community Services. Also in attendance were Johnny Lang, Century Club Charities Ex-Officio, and Bennie Butts, member of the Stewpot Board of Directors.

“As the host organization for the Sanderson Farms Championship, Century Club Charities is delighted to once again contribute to Stewpot Community Services,” said Marks. “Our hope is that this donation will make a difference in the lives that this worthwhile ministry touches.”
Jent agreed, “We are excited to make another fantastic donation to Stewpot as a result of the offering taken up at our Sunday morning worship service. We know this will allow them to provide much needed services to those in need during this holiday season.”
Spencer expressed his gratitude for the donation saying, “Stewpot appreciates the Century Club for selecting Stewpot as their 2015 honoree, recognizing the valuable work our ministry does for people living in poverty in the metro Jackson area. These funds will be put to use immediately to help those in need this winter.”